Home
|
Flight Stories
|
Bareilly Finally Gets A Jhumka After 54 Years! 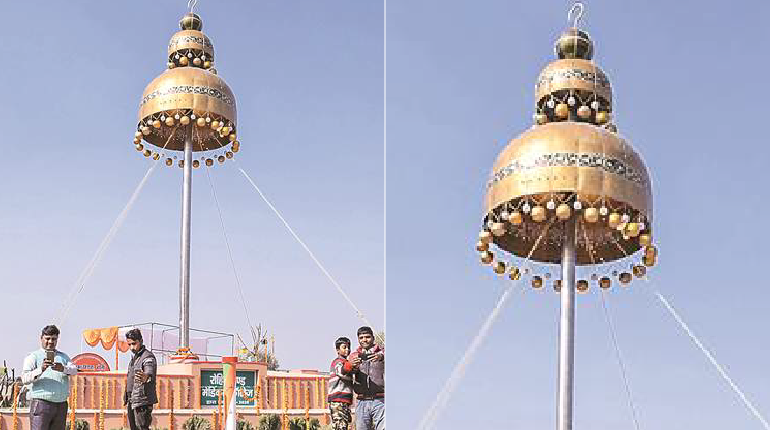 Back in 1966, a movie named Mera Saya was released and it had an iconic song titled ‘Jhumka Gira Re, Bareilly Ke Bazaar Mein’! Sung by Asha Bhonsle, it soon became a rage and ever since people have associated the Jhumka with the city of Bareilly.

Well, the interesting news is, a 14-feet high Jhumka has finally been installed at the Parsakhera area of Bareilly on the National Highway 24. It weighs over 200kg and is embedded with beautiful stones and the famous zari of Bareilly. The spot at which the giant size Jhumka is fixed is renamed as Jhumka Tiraha.

According to sources, the total cost of the installation of the Jhumka is Rs.18 lakh. Previously, this project had faced a fund crunch and was delayed for a long time.

This iconic structure was unveiled by Union Minister and Bareilly MP Santosh Gangwar. According to him, the Jhumka Tiraha will serve as a tourist spot and people will be able to associate this landmark with the evergreen Bollywood song.

Isn’t it incredible? Who would have thought that a famous Bollywood song will become an icon of the city!