Shaant raho…! Shaant raho…! (Quiet please!) And — impossible to imagine — pin drop silence reigns over a gathering of more than 50,000 people! The silence is inhabited by men, women and children, old and young, devout and curious, all gathered around a large pond. Amidst their silhouettes is the distinct outline of three elephants. On the lead elephant sits the erstwhile Maharaja of Banaras, followed by other royalty and a retinue of attendants. It is twilight time in Ramnagar. Across the river — across the alldefining Ganga — Banaras, Varanasi, Kashi, call it what you will, carries on as usual with evening lights dotting the ghats and tourists sipping lemon tea. But this side of the river, there is just a vast expanse of fields and a hesitating small town, Ramnagar, in the shadow of the huge Ramnagar Fort.

Ramnagar occupies the peculiar position of being distinct from Banaras, and yet being mostly thought of in terms of Banaras. The connection is palpable because the Ramnagar Fort-palace is the traditional residence of the erstwhile ruling family of Banaras. But in the duration of the Ramlila, Ramnagar comes into its own. Even its twilight belongs to its own time and space. Petromax lamps — and only petromax lamps — light up the periphery of this large pond, where we are all gathered. A 31-day performance of the Ramayana is about to begin that will defy conventional wisdom, modern performance paradigms and, sometimes, even common sense. The staging of the subcontinent’s ancient epic for thousands of people will be done without mikes, without electricity, without technological aid. So, the first scene of the 31-day cycle of the internationally famed Ramnagar ki Ramlila has begun.

The pond, and it is a real pond, is today’s set. This Ramlila has always used a creative mix of permanent and temporary ‘sets’. Some permanent sets are integrated into the lila, year after year, from the Maharaja’s estate, while others are built specially for the performance. So, Sita sits in Ashok Vatika, which is one of the gardens of the Maharaja, while Ram prays to Shiva in Rameswaram, an actual temple half a kilometre away. Today, Brahma implores Vishnu to save the gods from the demons, as he reclines on the one thousand-headed serpent Ananta (a floating structure). Vishnu answers, “For your sake I will take on the form of a human. I will rid the earth of its burden.” The next day Ram, the seventh incarnation of Vishnu, is born. Another day, car door shut, glass rolled down, bottle of water and small change in place, I venture out of Banaras to cross the river, by road, to experience Ramlila.

Slowly, the hustle and bustle of the city is left behind. Closely built houses give way to open farmland, which last for a few frames and then I’m back into lanes. Upon entering Ramnagar, where the maharaja lives, I ask for directions for the day’s event. This lila needs no signposts or visitors’ information booths because for the 31 days of Ramlila, Ramnagar becomes the nagar (city) of Ram and the people become nagariks (citizens). The entire space transcends the barriers of time and parks itself in the hearts of people who commune with their beloved god. To me, after driving on the dusty, unpaved road, it feels like I have travelled back in time by some hundred years.

No sign of modernity exists on the lila grounds, where today’s event will unfold. The grounds, spread across an expanse of about 15 acres, are lit by lanterns and petromax lamps. Foodstalls or chuski and ice-cream kiosks form the periphery of the ground. If street food is your way of happy living, you might end up on the periphery… the variety is extensive! As I park the car and get out, I can’t resist staring at this macho man, in white kurta and dhoti, sporting a bushy moustache, riding an Enfield. I approach him as he parks his bike: “Namaste, beautiful bike.” “I own it for 10 years now and take it out every year only to come to the lila.” “Oh! So you come here every year?” “Yes, for all the 31 days. Have been coming here since I was a small boy.” “Why every year, doesn’t it get repetitive?” “It’s an annual recreation which I look forward to. And (hesitating), I am enchanted by Him (pointing in the direction of Ram and Sita). I must come.” After which, I can’t hold his attention anymore. He walks away towards the stage. 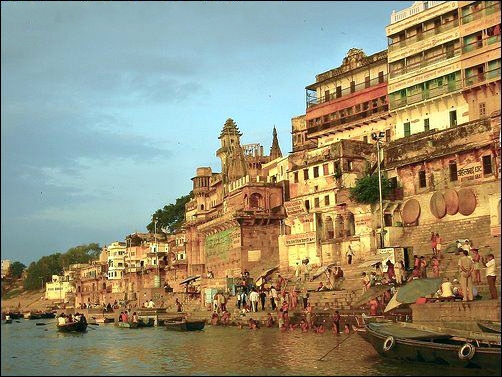 The crowds have multiplied in number. I can see the Maharaja’s elephant approaching the site; a clear sign that the lila is about to begin. I move closer to the rectangular stage — about 60 ft long, set in the open field for one of the most popular events — the Nak-kataiya, in which Lakshman cuts the nose and ears of Soorpanakha, Ravana’s sister, who has tried to coax Ram and Lakshman to marry her. Ram, Lakshman and Sita sit on one side while the huge effigies of Surpanakha and her brothers occupy the other end. As soon as the Maharaja arrives, the lila begins. The old man next to the swarups shouts, “Shaant raho…! Shaant raho…!” The noise drops and the play begins. The idea of swarups is important for an outsider to understand. An essential aspect of this Ramlila is that it is not perceived merely as a drama. The actors (all boys) who play the role of Ram, Sita, Lakshman, Bharat and Shatrughan are called ‘swarup’, the living embodiment of the gods they play. These actors are selected with great care. They must be Brahmins, follow certain codes of conduct, and have good looks and strong voices. The Maharaja himself auditions them.

While they wear the crown that confers upon them the status of swarup, the actors’ feet are not to touch the ground — that’s why you find them being carried around everywhere on the shoulders of volunteers. This veneration puts the determinedly traditional nature of this lila in sharper context: no electricity, no cameras (the devotees get very angry if they see the gods being photographed) — this is, of course, about tradition — but even more than that it’s about a certain sense of purity. Because, for the locals, this is not a performance at all, it is real; this tree is the Ashok Vatika, this actor is Sita, this young boy is Ram. The dialogues, spoken in Hindi, are alternated with the corresponding verses from Ramcharitmanas. There are few dramatic gestures and no attempt at ‘acting’, whether dramatic or realistic. The acting is simply delivering the dialogues in a singsong manner, without any facial expressions. Yet the effect of the whole is amazingly powerful.

My attention shifts to the rows of men and women who have their hands folded and watch mesmerised. This audience is what bestows this transcendental sacred status to the lila and these god-actors. It comprises a heterogeneity of people: devout Ramlila goers called the nemi, who read Tulisdas’ Ramcharitmanas all 31 days along with the lila enactment; a few hundred sadhus; men and women; locals and outsiders; scholars and the uneducated… and the Maharaja. And in all about 50,000 to 1,00,000 people, depending on the day’s lila. Some of these devotees have taken a whole month off from the daily grind of survival to travel many miles to see their gods in action.

As scholars have pointed out, with the physical movement of the scenes of action, these devotees actually ‘go to exile’ with Ram, or ‘welcome’ him back to Ayodhya. Today, I wonder, are they watching what is happening or are they spectators of their own belief? At dusk when the Maharaja leaves for his evening prayers, there is an hour’s break. Chaos reigns again. Some people head towards foodstalls, some rush to pay their respects to the swarups and some move to the next location of the lila, eager to occupy a vantage point. After the intermission, I watch Ravana kidnapping Sita. From now on, even as the battle of Lanka goes on, the kidnapped Sita will continue to sit for days at end in her place in the Ashok Vatika; with devotees coming over to touch her feet and get blessed.

The lilafor- the-day ends followed by the daily ritual of aarti (ritual worship) of the swarups. This is a special moment. As Ram, Sita and Lakshman remain seated, the people gather around, touching their feet, making offerings…. By about 10 pm, the day’s events come to a close. The swarups are carried on the devotees’ shoulders to their quarters — the spectators slowly disperse into the darkness.

Though Ramlila is performed all over the Hindi-speaking regions of North India (during the 10 days of Dussehra), it is in Ramnagar that it is one of the most extensive, best performed and where it draws the largest audience, because of the patronage of the erstwhile Maharaja of Banaras who lives here. Staged over a 2 sq km area, it uses real sites such as the Maharaja’s fort, permanent stages created for the lila, and temporary sets. To an eye attuned to the spectacular, the lila may seem surprisingly devoid of sound and fury. Yet journalists and internationally respected scholars of cultural studies, anthropology, theatre studies and suchlike visit and document this lila regularly, calling it “the fullest, most theatrically sophisticated, and holiest” of Indian Ramlilas.

The Ramnagar Ramlila enactment has a fascinating history of over 150 years. During the 1820s and 30s, many Ramlila stages were created under the supervision of the then maharajas of Banaras. Ayodhya, Panchavati, Lanka and others are sites that have been fixed for a little less than two centuries. Likewise, the performance tradition is carefully preserved; the battle scenes I see were played pretty much exactly like this 150 years ago. Unlike other lilas that have dialogues that evolve with the times, the event at Ramnagar is based overwhelmingly on Tulsidas’ Ramcharitmanas. This lila has never used any electric lights or sound systems and shows no signs of doing so now. 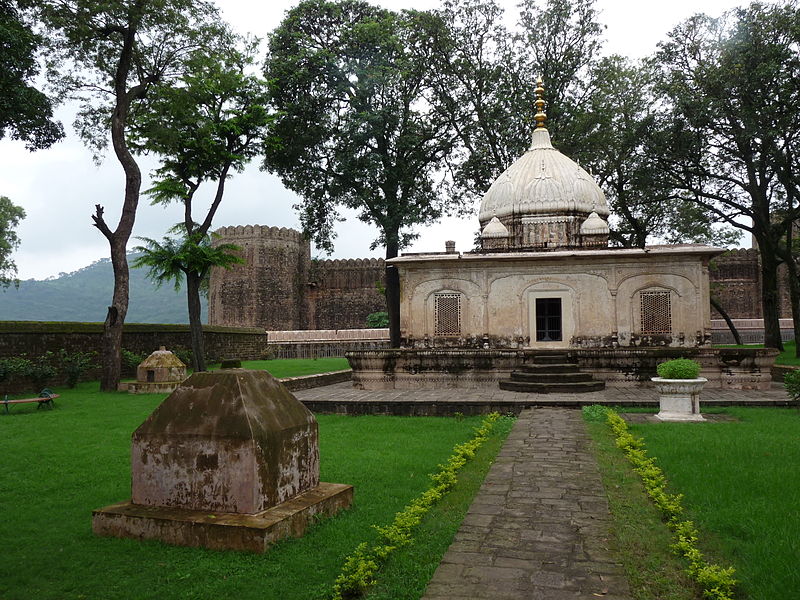 Among the most popular events here are Ram and Sita’s wedding (day 6); Nak-kataiya, when Lakshman cuts Soorpanakha’s nose (day 16); battle in Lanka (day 22); and Kumbhakaran’s defeat (day 24). Dussehra (day 26) is the most spectacular event. The Maharaja emerges from his fort in procession and after dark Ram’s arrow lights up the effigy of Ravana. But unlike many Ramlilas performed around India, in Ramnagar this does not mark its end. Bharat Milap (day 28) — the reunion of the four brothers — is an emotional event for the crowd, as is the coronation of Ram (day 29), a lila that lasts all night long and ends at dawn with a rousing aarti. On day 30, Ram imparts his teachings in a garden in the palace.

To have a complete ‘Banarasi’ experience, head for Vishwanath Gali, lined by small shops selling locally made crafts; wooden toys, bangles and brass utensils are a speciality. These make for excellent souvenirs for folks back home. The stalls by the ghats offer a lot of quaint threaded wood or stone necklaces and earrings. At Agrawal Toys Emporium at Assi Ghat, you’ll find a variety of traditional Banarasi souvenirs and other items from the handicraft capitals of India. Items are priced between Rs 10 and 2,000. For the more expensive items, your bargaining skills will come in handy. Heritage Emporium, at Gauri Ganj, near Bhelupur Thana, has a collection of fine Banarasi textiles ranging from saris and fabric material to salwar kurtas.

Nandita Raman is a visual artist. Images constructed out of pictures and words keep her occupied most of the times. 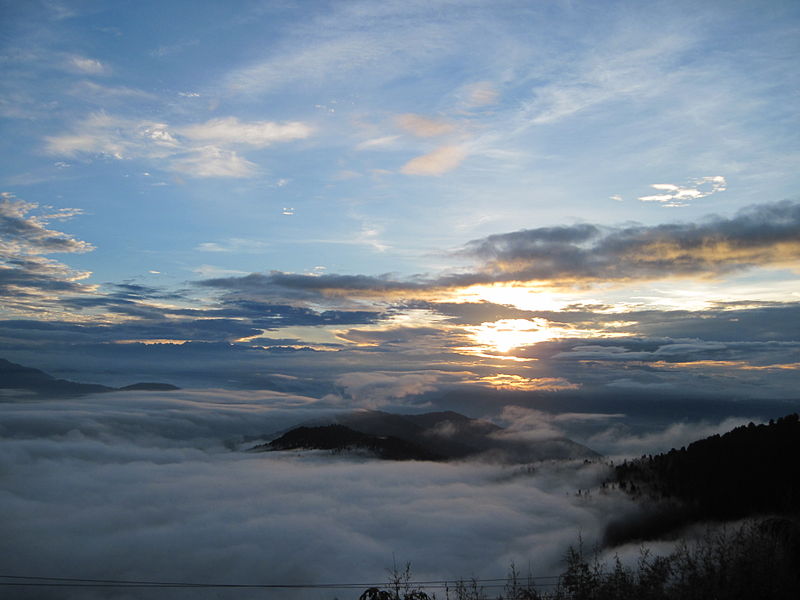