These trains will serve as duplicates of the 80 new IRCTC Special trains that began operations just a few days back. They have been started to reduce waitlisting on high demand routes. The booking for these clone trains has started on ixigo.

Book clone trains and all new IRCTC trains on ixigo and pay ZERO service charges on your first booking:

Here are 8 key things to know about these new trains:

1) These clone trains will run primarily as 3-AC trains with lesser halts and a higher speed as compared to the original trains.

3) Since these trains will stop only at limited stations or at divisional headquarters, passengers travelling in clone trains can reach their destination 2-3 hours early. However, zonal officers can reduce or increase the halts based on route traffic and other commercial activities.

4) All clone trains will be Humsafar Express trains with 18 coaches except the Lucknow-Delhi-Lucknow trains, which will be a Jan Shatabdi train with 22 coaches.

5) The advanced reservation period of these trains is 10 days.

6) Clone trains are sure to relieve passengers who need to travel in an emergency or those who have sudden travel plans.

7) These trains will run in addition to the 310 passenger special trains already in service.

8) State governments can also suggest to reduce or increase the halts of clone special trains.

We wish our passengers a safe and comfortable travel experience! 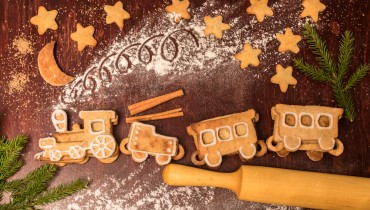