Location West of Leh in the Sham area 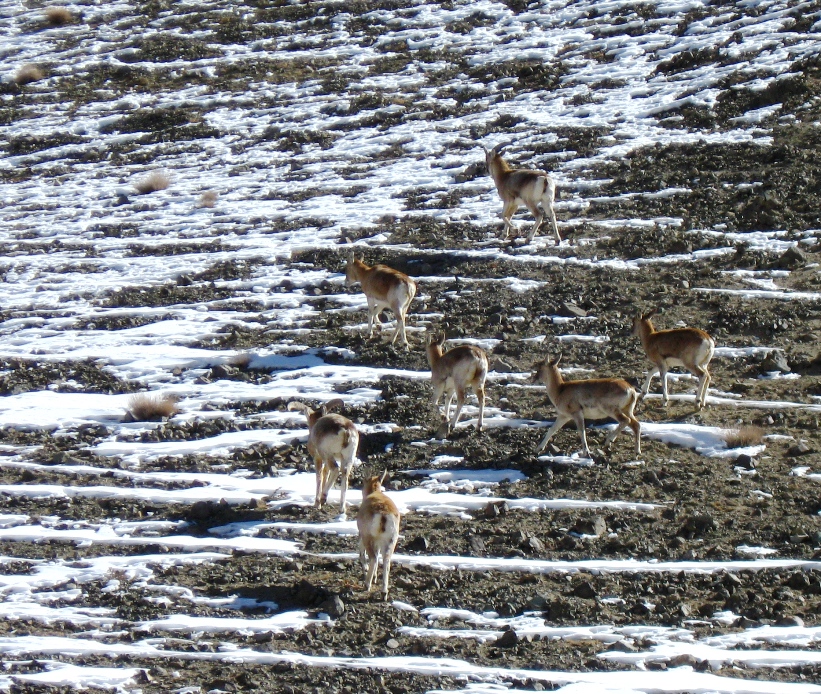 You won’t find an easier trek than this in Ladakh. The passes are all below 4,000m, and the distances between places are relatively short. Plus, there is the added bonus of the Himalayan Homestays Programme (see page 47), offering accommodation in village homes, which means you don’t have to lug tents and equipment all the way. This is also probably the only trek in Ladakh one can safely do alpine-style, without porters and guides. But on the other hand, you could also make this a safe adventure holiday for the entire family, with smaller children having the exciting option of riding on ponies. Ask your trekking agency about this option. 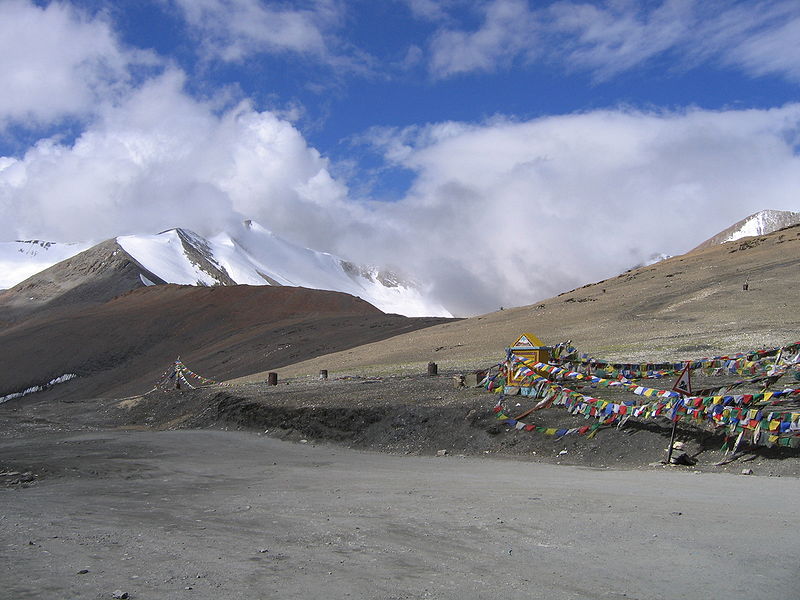 The Sham area of Ladakh is quite dry and hot and although you can trek this route anytime from the beginning to end of Ladakh’s tourist season (late May-late September), I would suggest planning it either during the begin- ning or towards the end to avoid the hotter middle months. When I trekked this route in the late nineties, the link road from Likir to Temisgam was just being built. Today, it is a full-fledged ‘pucca’ road, albeit with little traffic. So much of the journey can be done comfortably following the road all the way except on Day Three between Hemis Shukpachen and Ang. 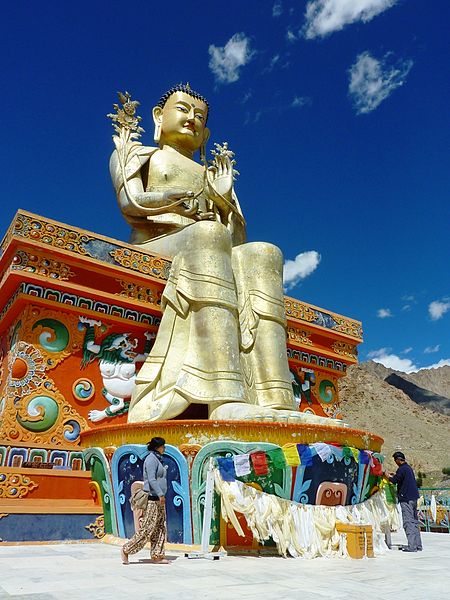 Of course, you can take brief excursions on the short-cut tracks made by the villagers throughout the trek. Since it takes only an hour and a half from Leh, set out for Likir after lunch and visit the Likir Monastery and either pitch a tent in the campsite under the monastery for the Gyabcho Guest night or try the House. It has a pleasant garden and rooms with attached baths. Founded between the 12th and 13th centuries, the Likir Gompa was first associated with the Kadampa order of Tibetan Buddhism.

In the 15th century, it was taken over by the newest Tibetan school, the Gelugpa (Yellow Hats) and today belongs to the Dalai Lama’s younger brother, Ngari Rinpoche. The present monastery was built after a fire destroyed the older one in the 18th century. The main du- khang houses the scriptures and has nothing out of the ordinary. A smaller du-khang has a small puja room upstairs, near the private apartment of the head lama. In this room are a number of beautiful images framed in elaborate wooden carvings, as well as some magnificent thangkas, both old and new.

Although the distance today is short, the route is hot, without any shade or water and you must traverse two passes, so start early with water bottles filled. For Ladakh, these passes are low, but do not underestimate them. I huffed and puffed all the way with a 15-kg backpack, ran out of water and had to struggle up the Chagatse La (3,630,m). It was not very pleasant! From Likir, take the road heading west up to Phobe La (3,580m). The climb is gentle and you will top the pass in an hour. From the pass, you can scramble down the short-cut tracks and meet up with the road below, avoiding the longer loops of the jeep road.

The road continues west to Sumdo, a small settlement where you can stop for tea. Just before Sumdo, you will need to cross the stream over a bridge. From Sumdo, follow the main road that climbs steadily upwards, winding its way to the west for a little over an hour. From Chagatse La it is another 30 mins down. The village of Yangthang (3,630m) is on your left through the fields. The camping area is near the main stream, but why don’t you try one of the Ladakhi homes for the night. If you reach early and have the energy, check out the Ridzong Monastery, which lies about an hour south of Yangthang. This quiet, secluded gompa is over a hundred years old and nestles in a narrow gorge. 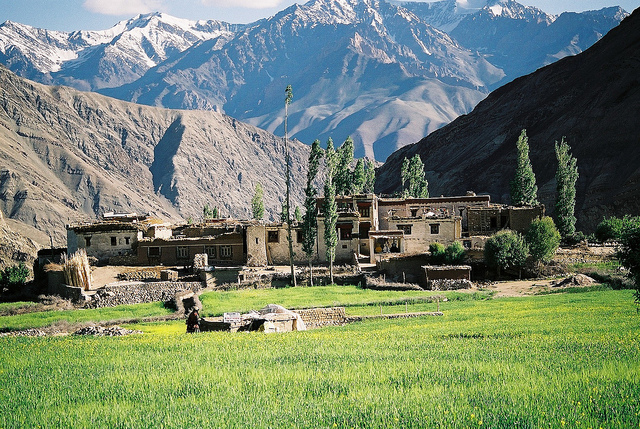 Today is an easy walk despite the pass because both the approach and the descent are of gentle gradients. From Yangthang Village, head back through the fields onto the road that brought you here and turn left, or west. The road heads north, descending for a bit, crossing a stream before climbing up west again to Tsermangchen La (3,750m). Take a break at the pass before heading down to Hemis Shukpachen. The village, named after the grove of cedars (shukpa in Ladakhi) is one of Ladakh’s prettiest. There are plenty of sparkling streams sur- rounded by shady willows and large barley fields that add the much needed dash of green to the otherwise desolate, rocky mountains. Book your stay with the Himalayan Homestays (see page 47) or camp out near one of the brooks.

Again a fairly easy day if you don’t lose your way as I did. I set off in a splendid mood early in the morning, following a small irrigation stream due west and saw a track going steeply up the hill to the left. I assumed this was the path and still whistling off tune, climbed and climbed right to the top, where the track simply disappeared! It took me a while to realise that this was the local high pasture, that the track was a mere goat-track and that I should give up and head right back.

From the top I was able to see the real track, rather wide, which moved between two hillocks west of the village, past the old chortens. Follow this track (there is no road as yet between Hemis Shukpachen and Ang) moving west-north-west through a rather ravaged landscape, until it veers south and climbs steeply up to the Mebtak La (3,750m), marked by prayer flags. From the pass head down the gorge to Ang, a charming village with apricot orchards. Choose between the comfort of a Himalayan Homestay or camping out. Today is the last day and very easy as it’s downhill all the way on the main road. You will probably meet up with lots of villagers from Temisgam heading to Nurla on the main high- way to catch a bus to Leh. If you don’t feel like walking all the way to Nurla, you may even ask your trekking agency (or the Leh Taxi Stand) for a taxi pick-up at Temisgam or hop onto a local bus or truck.

About the author: Snia Jabbar is a writer, journalist an a photographer. Writing, editing and photo-editing the Outlook guidebook for Trekking destinations in India, has been, for her, an act of thanksgiving to the Himalayasfor providing so much wonderand delight over the years.