A lingering image in my mind of the road trip through the core of Bundelkhand is its buses. The carriers were not works of art like trucks; neither were they quirky in design. Indeed, they were quite nondescript. What was arresting were its passengers. Bus after bus rolled in on the highway with a motley lot of commuters on its roof, wind in their hair and bliss on their faces. This held true not only for the crowded buses but also the near-empty ones. I asked a passenger clamouring up the rear ladder why he preferred the rooftop. “It’s the balkoni (balcony) seat. Like it’s in the seenema (cinema hall),” he sallied. Another standing in queue to scramble up quipped, “And we don’t have to pay anything extra!” It was ripostes like these, in rustic heartland dialect, that brought a smile quite often during a journey which snaked through dust-laden India that had once seen the heights of glory, and where now stunning testimonials in stone whispered stories of enigmas, emperors and empires. 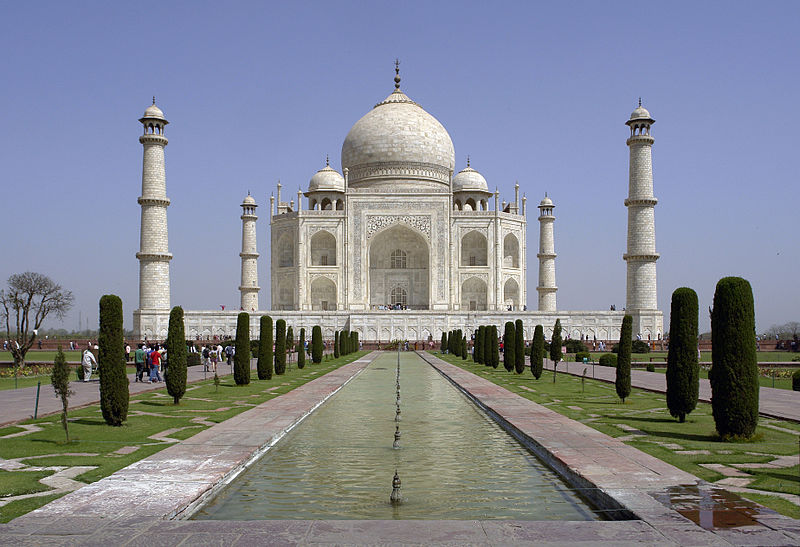 The monsoons had taken the sting out of the blistering weather and it was pleasant enough for a week-long drive from Delhi that criss-crossed four states: Haryana, Rajasthan, Uttar Pradesh and Madhya Pradesh. There was no way we could blink at a state boundary. Whizzing past it meant slipping up on paying the toll tax and giving an opportunity to an ever-vigilant RTO inspector to swoop out of nowhere, flag the vehicle and ensure that we remained law-abiding citizens. So we didn’t zoom through barriers, yet courtesy the four-lane NH2, we got to Agra quickly in the comfort of our Tavera.

The Taj Mahal, Agra’s and indeed India’s main tourist attraction, is such a perfect structure that it draws awe every time it’s viewed. Another attraction in Mughal Agra is its famous dal-moth and petha and we picked up some for the road before moving onto NH3. The drive was smooth and we crossed the Rajasthan border town of Dholpur. Aurangzeb’s sons had fought an inheritance battle here, and it was also Afghan ruler Sher Shah Suri’s bastion. The ruins of his Shergarh Fort can be seen from the highway. Dense forests appeared on either end and kept us company till Morena. The undulating green belt was picturesque, and even as I looked for a place to halt, we were stopped at a bridge where traffic was being monitored. An officious looking cop in khaki, with oiled hair, red tilak, handlebar moustache, bullets slung across him and a rifle on the right shoulder, came checking the vehicle, posing the usual queries. I asked him which river we were going to cross. “This is the Chambal,” he said. So we were plum in the infamous Chambal ravines where the exploits of long-gone outlaws still reverberated. The cop was hanging around our vehicle and my companion squeaked, “How are the dacoits doing?” The policeman had a hearty laugh: “You city bred have grown up on an overdose of Bollywood tales about Chambal. It was never as bad as Gabbar Singh made it out to be.” Most dacoit bands had been almost wiped out, he added. “The Jagan giroh (gang) is active these days, but we are on the prowl,” the cop assured us before adding, “Sometimes highway misadventures do happen in broad daylight, but that’s rare.” I was not too certain what he was trying to hint at. But I was convinced that the dreaded Man Singh had an alter-self who was still around – and now he took the form of a friendly cop in khaki! 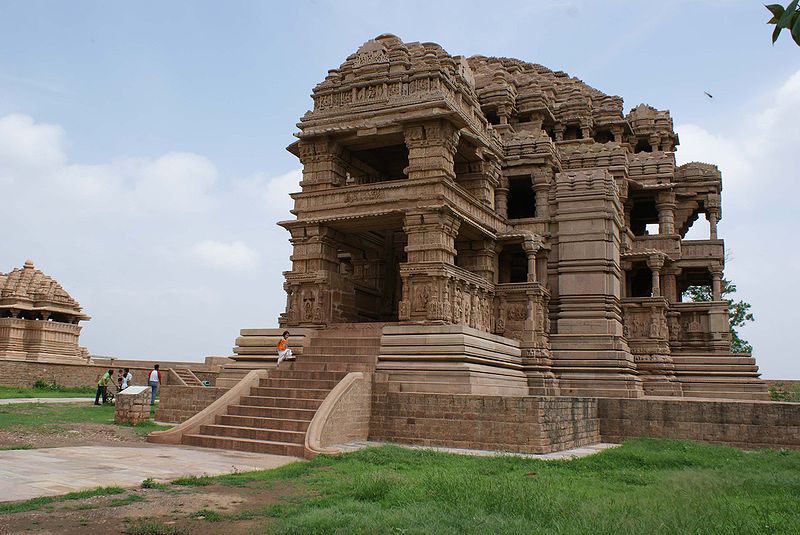 Over the next few days, we came across more such clones, proving a legend never does fade away. Our first stopover was Gwalior, a town defined by the splendid citadel rising along one periphery. Mixed architectural heritage dots the landscape and we spent hours visiting these before manoeuvring on to NH75 to drive past idyllic Datia, the twin town of Orchha, and onward to Jhansi.

Once the nucleus of the gallant Bundelas, it’s the valorous Maharashtrian outsider, Rani Laxmibai, who still reigns here. Almost every place, from college, school and office to market associates itself with her name. Jhansi is a grimy town surviving on her legend. When we hit NH76 for Khajuraho, after nearly 430 km and three days, the real pleasure of a road trip panned out as the wheels went racing past scenic countryside. Social forestry and grasslands provided succour to the eyes after largely brown vistas and dishevelled towns. 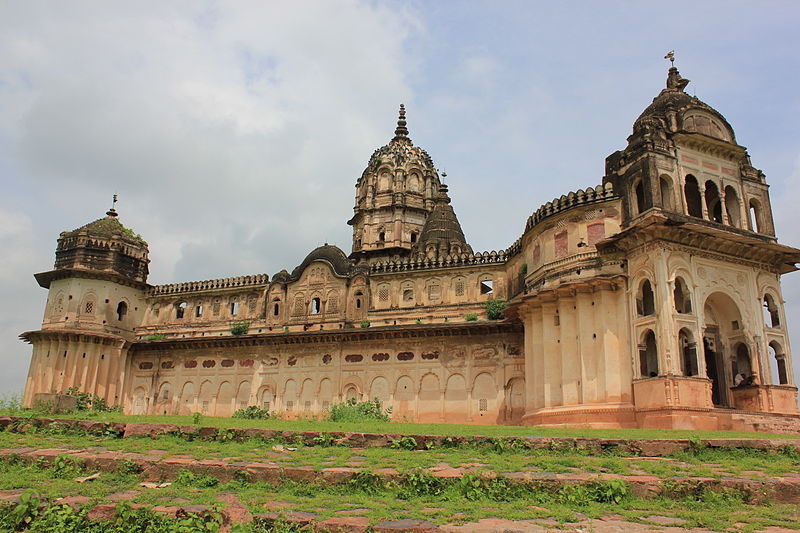 On the way we passed Alipura, which we didn’t have time to explore, but it’s said to have a rich history. A few kilometres away, Dhubela threw up another diversion: a museum inside a fort dedicated to Bundelkhand’s founder, the much-admired Maharaja Chhatrasal, whose legend begins somewhere here and carries on beyond Panna, his capital town. Forgotten towns like these are barely visible on maps but in their folds they hold many a fascinating tale of Bundelkhand’s dynasties, essentially of their meteoric rise and fall.

Since the time I’d last visited it, Khajuraho had evolved from being a pastoral place to a crowded market town. Fortunately, the 10th-century Chandela temples still shone bright. The next day we drove to Panna National Park, across River Ken, less than half-an-hour away. We couldn’t go inside as the park was on a monsoon break. We had to make do with a stop at the pretty Pandav Falls before zipping ahead on a beauty of a highway running through absolutely splendid forest country, dotted with picnic spots by bashful brooks. 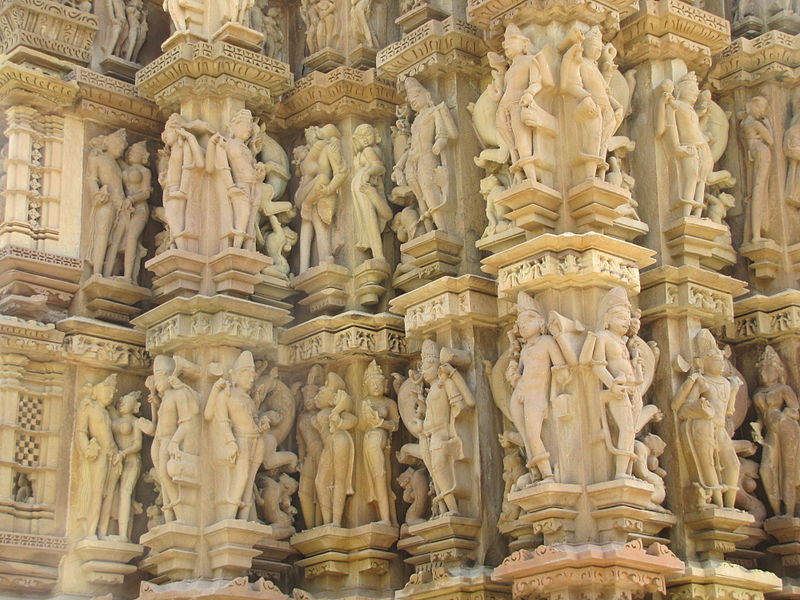 On our way back to Delhi, we halted at Orchha, by the lovely River Betwa. The hamlet appeared to be a medieval structural-design museum. The sun added to the appeal of Bundela architecture, its rays making the edifices glow in the morning and at dusk silhouetting them dramatically against an auburn sky. On the morning of our departure, I trotted off early to the riverside, assuming it would be quiet. There were pilgrims on their way to a temple tour in Rajasthan. I sat on a boulder by the Betwa overlooking the charming chhattris (cenotaphs). Around me, dhotis, saris, turbans and kurtas were being dried. As that chore was completed, group members picked up their bags, and singing bhajans, wound their way through the town. I watched them disappear, fascinated once again by this phenomenal wonder called India.

From Delhi to Agra, it’s a smooth drive on NH2 and it’s possible to do the 200-km stretch in an easy 3 hrs. Start the drive by around 7.30 am or earlier. Except for a wrecked patch a few kilometres ahead of Agra, where a flyover is being constructed, NH3 is a smooth ride. NH75 and NH76, which connect Jhansi with Khajuraho, are intermittently metalled and potholed, the latter being more pronounced. Largely, the sections of road falling in Madhya Pradesh are better than those in Uttar Pradesh. More than vehicular traffic, you’ll need to be cautious of cattle and other small animals that dart across the highway. This region is part of the country’s cow belt and her brood more often than not prefers sitting or standing indolently in the middle of the highway. 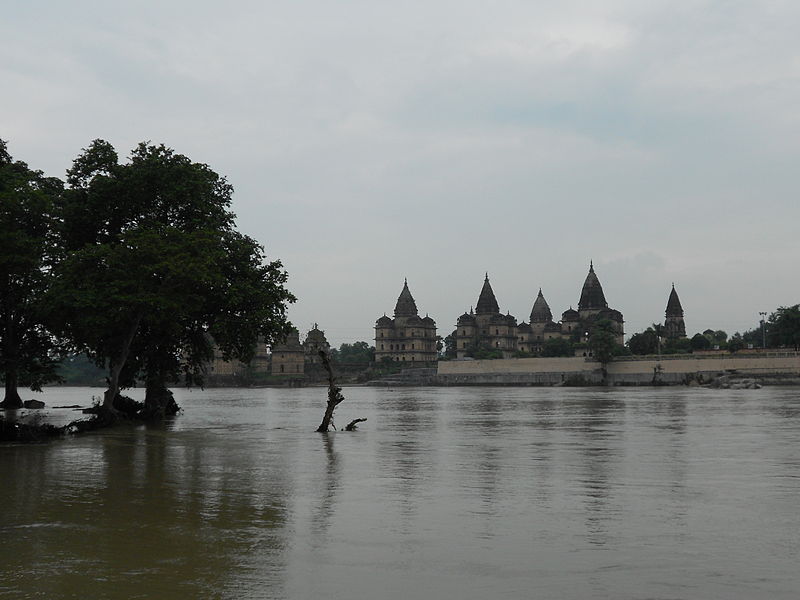 Cross the Chambal region during daylight hours. Upto Gwalior, you can still drive or arrive at night. Avoid late hours on all other sectors, including Jhansi-Khajuraho. Petrol pumps, repair shops and dhabas are fairly well spaced across the route. However, on the Jhansi-Khajuraho stretch, petrol pumps are infrequent and it therefore makes sense to tank up before starting the drive. At toll gates, vehicles are usually charged Rs 35 (single entry) and Rs 75 (double entry). At state barriers, an entry fee between Rs 20 and Rs 50 may be levied. At RTOs, for commercial vehicles, tax is levied per seat and ranges between Rs 200 (five-seater) and Rs 500 (seven-seater).

Brinda Suri has worked in diverse editorial capacities in the newspaper industry, where she would adjust the happenings of the world in seven-column grids. Now she trots at will and shares reports on the wanderings from the world she used to edit.