From
To
Departure
Return
Travellers | Class
Hotels from
INR455

* Jaipur to Vishakhapatnam Flight Fares shown are indicative and subject to change until ticketed. Prices are guaranteed only at the time of purchase

How To Travel To Visakhapatnam Airport

There are several modes of reaching Visakhapatnam International Airport in Lucknow from the city centre. For example, one can take a taxi, the state-owned APSRTC bus service or an autorickshaw. The distance between the two points in 9 km approximately. If you want to ride the bus, you can take a 38-series bus or take bus no. 10A. These buses run between 5:00 am and 11:00 pm and you can choose either a City Ordinary, Metro Express, and Metro Luxury A/C bus. If you want private transportation, you can either opt for Ola and Uber cab or tourist/privately-owned taxis which are easily available from anywhere in the city, at any time of the day.

Visakhapatnam International Airport serves both international and domestic flights within one terminal complex. Services like fast food joints, cafes and restaurants, Car Rentals, ATMs and much more can be availed here. Luggage trolleys are available to everyone without any cost. 24*7 medical support is available for emergency cases. Wheelchairs are also available for zero cost. If you lose your luggage, you can contact the Lost and Found Baggage Counters located in both the terminals. Imported chocolates, liquor, cosmetics and more can be bought at amazing prices from the duty-free shops in the international deck of the airport.

Located on the coast of Bay of Bengal, Visakhapatnam is the largest city in the state of Andhra Pradesh. It is also known as 'The Jewel of the East Coast' and is flanked by the Bay of Bengal. The port city of Visakhapatnam exhibits a tropical climate with hot summers, humid monsoons and delightful winters. Best time to visit Visakhapatnam is between the months of October and March. The temperature during this time ranges somewhere between 15 degrees to 30 degrees which makes it ideal for sightseeing. Visakhapatnam gets heavy monsoon showers starting from late June and ending through early November.

How to Travel to & from Jaipur Airport

Jaipur is among the most popular cities of the country. To cater to a huge influx of tourists from across the globe, Jaipur International Airport encompasses all modern day facilities and services. This airport, counted among the best airports of the country, is situated at a distance of approximately 13 km from the Jaipur city centre in a suburb called Sanganer. Both prepaid and postpaid taxis are easily available for the commute. Railway station and bus station are located within 15 km distance from the airport. Reaching the airport from any part of the city is cheap and comfortable as public transport is easily available.

Jaipur Airport primarily serves the city of Jaipur. It is situated at a distance of approximately 13 km from the main city. It is an international airport and operates only from one terminal. Facilities to ensure a comfortable time to travellers are available at this airport. ATMs, luggage trolleys and wheelchair assistance are some of the other services provided at this airport. Travel helpdesk at the airport solves all the travel related queries of the commuters. Shopping outlets and restaurants are also available at the airport. You can drive your own car or take a cab to reach this airport.

Often called the ‘Pink City’, Jaipur is a popular tourist destination of India. It has grand palaces, colourful bazaars, and delicious Rajasthani cuisine. There are several places to visit in Jaipur like Amber Fort and Palace, Hawa Mahal, Palace of the Winds, City Palace, Albert Hall Museum, Jantar Mantar Observatory, and Jal Mahal. The best time to visit Jaipur is October, November, December, January, February and March. Avoid summers in Jaipur which starts from April to June and the average temperature is 44°C - 45°C. Monsoon hits the pink city during the months of July, August, and September. The temperature in Jaipur drops down to 4°C during winter nights. 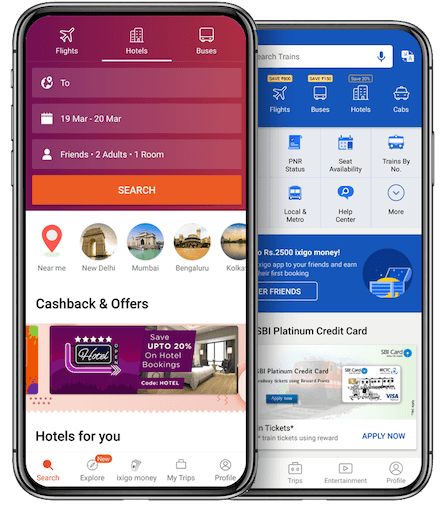