01039 is a popular C Shahumharaj T to Gondia Jn mail express train and covers a distance of about 1346 km. You can check platform number and coach position at which 01039 is about to arrive along with the stoppage time at a particular station. Check "How to reach Kolhapur to Gondia" through different modes of transportation in the best possible way.

Popular Train from Kolhapur to Gondia 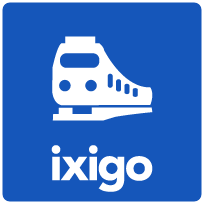