Hyderabad is one of India’s most charming cities. Historical relevance, tastiest biryani in the world, and noisy old school bazaars are just a few of its assets.

Apart from that, Hyderabad has quite a few interesting places nearby, some of which are only a bus journey away, and can easily be clubbed when visiting this lovely city!

Taking a bus from Hyderabad is super convenient. There are plenty of options such as the Volvo, AC Sleeper, State-run buses and passengers can choose from these while blocking their seats.

We bring you 10 must-visit places near Hyderabad that you can visit via bus. Madurai, located in Tamil Nadu, is one of India’s most cultural cities. It is also known as the lotus city, as it was constructed in the form of the same flower. The Meenakshi temple, Vaigai Dam and Samanar hills are some of the major attractions in Madurai.

The bus journey from Hyderabad to Madurai takes between 14 to 15 hours. Multiple buses operate on this route and it is advised to buy the tickets in advance. Nizamabad is derived from the words Nizam referring to the Nizam of Hyderabad and Abad meaning Long Live. The city has several natural lakes and rivers and has immense historical relevance. Some of the key places to visit in Nizamabad include Mallaram Forest and Pocharam Bird Sanctuary.

The bus ride from Hyderabad to Nizamabad takes 2.5 hours. The bus ticket booking can be done online. Bidar is a hill town in Karnataka. It has plenty of great architectural sites and greenery. Hard to choose from so many places but some of the must-visit attractions include the Bidar Fort, Bahamani tombs and Papnash Shiva Temple.

The bus journey from Hyderabad to Bidar takes about 4.5 hours. It is advisable to buy the tickets in advance to avoid the hassle of waiting at the bus station. Guntur makes for a perfect weekend getaway from Hyderabad. It is an industrial as well as a historical town. Guntur is most famous for its chillies and is home to the largest chilli market yard in Asia. Its prominent places include Amaravathi, Mangalagiri, and Uppalapadu Nature Conservation.

Hyderabad to Guntur on a bus takes about 8.5 hours. It is best to block your seats a few days before the journey. Kurnool is a small town in Andhra Pradesh with tremendous historical value. It has imprints of Gopal Raju’s palace, who was the last Hindu king. It also has remains of a fort built during the Vijaynagar Empire. When in Kurnool, do visit Yaganati and Belum Caves.

The duration of the bus journey from Hyderabad to Kurnool takes nearly 3 hours. 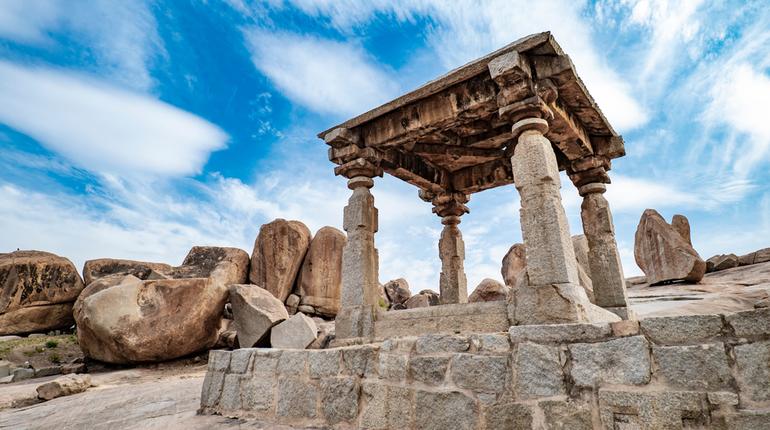 Hampi is one of India’s most treasured cities, with multiple structures that are the UNESCO world heritage sites. There are over 500 ancient monuments, temples and buzzing street markets, making Hampi every traveller’s delight.

Hampi to Hyderabad on a bus takes about 9 hours. For the best deals on bus tickets, check the deals on ixigo. 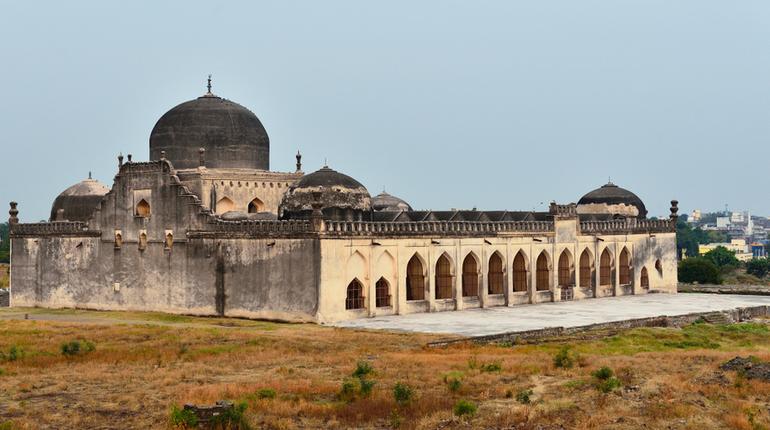 Gulbarga is known as Kalaburagi. It is one of those ideal locations with breathtaking views, heritage buildings, and cultural relevance. Additionally, Gulbarga is an important religious centre of Sufism in India. Main attractions are Gulbarga Fort, Haft Gumbaz and Kornati Hanuman Temple.

Hyderabad to Gulbarga bus journey takes about 3 hours and 15 minutes. The tickets can be booked online. Vellore is an ancient city in the state of Tamil Nadu. The city contributes largely to India’s leather export. Some of Vellore’s prime attractions include The Vellore Fort, St John’s Church and Periyar Park.

The bus journey from Hyderabad to Vellore takes 11 to 12 hours. It is advised to purchase the tickets in advance to avoid difficulties. 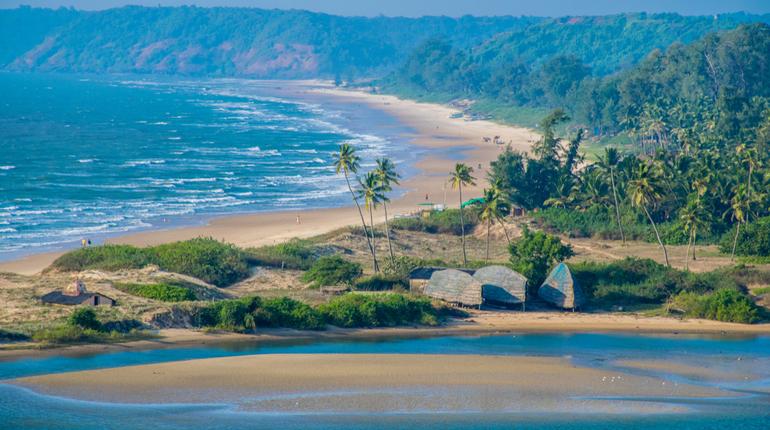 Picturesque beaches, delicious seafood and the most happening nightlife, Goa is the party capital of India. Previously, Goa was a Portuguese colony! Hence plenty of building from the colonial can be seen here. Popular spots are Baga and Calangute beach, Fort Aguada and Basilica of Bom Jesus.

Hyderabad to Goa bus journey takes about 14 to 15 hours. Khammam has been of immense importance during India’s freedom struggle as it hosted several movements. Full of architecture and history, Khammam has plenty to explore. Prominent attractions include the Khammam Fort, Kallur and Kinnerasani Wildlife Sanctuary.

Hyderabad to Khammam bus journey is nearly 6 hours. It is reasonably quick and straightforward to buy the tickets online.

Confused about where all to go when visiting Hyderabad? We hope our extensive list of weekend getaway spots near Hyderabad will be of help. Visit ixigo, buy your tickets and get ready for your next journey. 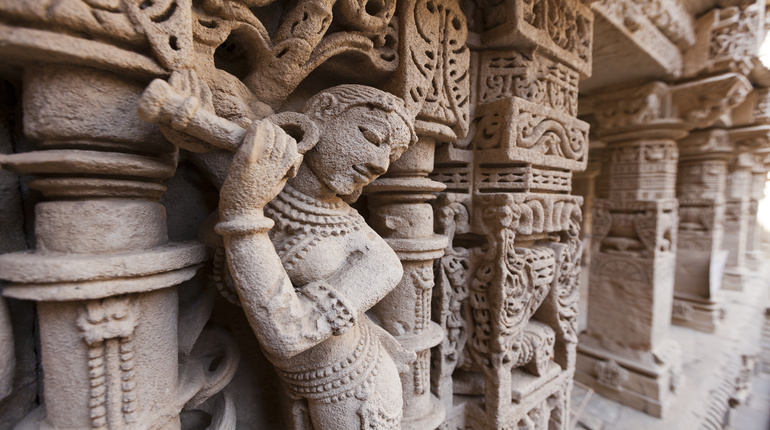